October 16, 2019 – Toronto, ON – The Canadian Securities Exchange (“CSE” or “the Exchange”) today announced performance and operating highlights for the third quarter (“Q3 2019”) and nine months (“YTD 2019”) ended September 30, 2019. The CSE achieved key milestones during the quarter, including the launch of the CSE Media Centre in Toronto and the listing of its 500th issuer.

The CSE led all Canadian stock exchanges in initial public offerings in YTD 2019. Of the 29 Canadian IPOs completed during the period1, 22 were completed on the CSE.

Cannabis and related companies accounted for 81% of capital raised in YTD 2019, raising just below $2 billion. Approximately half of that total was raised by U.S. cannabis issuers. Mining issuers raised $162 million, or 7% of the total amount. Overall, issuers with U.S.-based operations raised 61% of the total capital.

On September 24, 2019, the CSE listed its 500th issuer, representing a major milestone for the Exchange. The CSE’s rapid growth over its 15 years of operations, both in Canada and globally, underlines the fact that it has become a preferred exchange for entrepreneurs seeking to access the public capital markets.

On September 10, 2019, the CSE Media Centre (the “Media Centre”) was unveiled at the Exchange’s headquarters in the heart of Toronto’s financial district. The Media Centre is used for numerous events, including the newly-launched market open ceremonies. Visiting issuers and partners are provided with access to a suite of digital marketing opportunities, including podcasts and other in-house media, that are targeted at the small-cap investment community.

During Q3 2019, the CSE opened a new and expanded office in Vancouver, British Columbia. Many emerging companies are domiciled in Vancouver, particularly in the mining, technology and cannabis sectors. This office expands the Exchange’s Vancouver footprint in order to better serve local entrepreneurs.

The CSE continued its efforts to expand its global presence during Q3 2019. Exchange executives made trips to Israel, Singapore, and the United States to promote the CSE as the ideal destination to raise growth capital. As part of its global outreach efforts, the CSE sponsored events, formed partnerships with stakeholders, and took part in other community engagement activities. Among other events, the CSE co-hosted the Cannabis Global Capital & Commercialization conference in Tel Aviv on September 16, and the 4th CEO Summit 2019 in Singapore on September 26.

The CSE’s #HashtagFinance podcast released its 50th episode during Q3 2019. The series has featured interviews with CEOs from a cross section of the CSE’s listed companies, as well as other thought leaders across the entrepreneurial community. The podcasts are part of the CSE’s ongoing effort to be a central hub for discussion of entrepreneurial issues.

“With more than 500 issuers, the CSE is firmly established as an important global stock exchange,” said Richard Carleton, Chief Executive Officer. “Like other emerging exchanges, we began with a mandate to extend capital raising and liquidity to a new generation of companies, often in unique market segments, that incumbent marketplaces were unwilling to serve. After 15 years of tremendous growth, we are now attracting larger, more mature companies onto our platform than we ever have in the past. This is driving significant increases in our overall trading value and the cumulative market capitalization of our issuers. As we continue to grow, we will remain focused on strengthening our relationships within the entrepreneurial community and demonstrating that the CSE is the ideal destination for emerging companies of all sizes.”

During Q3 2019, the following issuers commenced trading on the CSE: 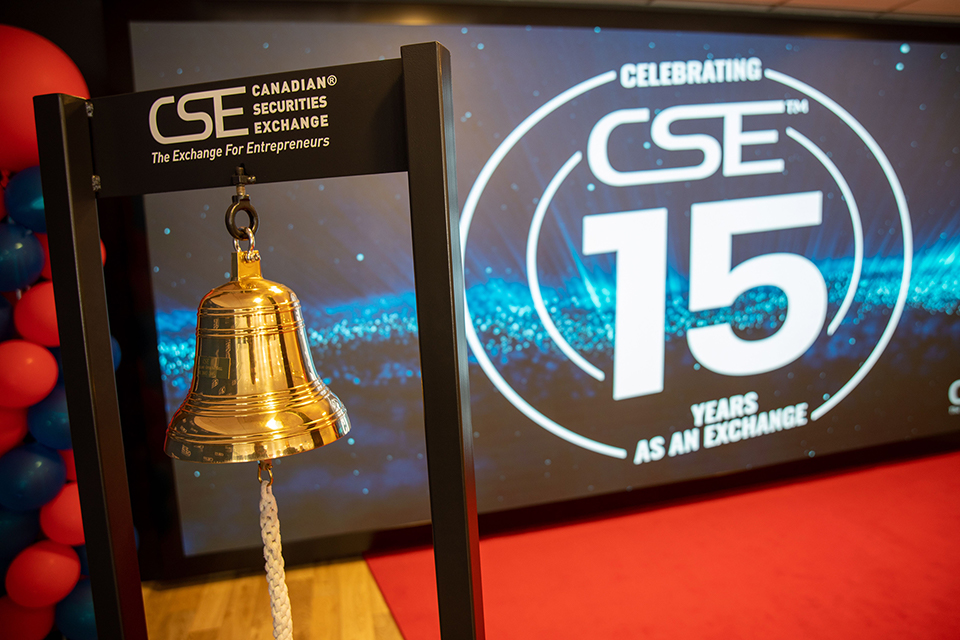