CSE Unveils Media Centre and Celebrates 15 Years as an Exchange

TORONTO – The Canadian Securities Exchange (CSE) today announced the official launch of the CSE Media Centre - a development that coincides with the CSE's 15-year anniversary as a recognized stock exchange.

Located at the CSE's headquarters in Toronto on the top floor of First Canadian Place, the CSE Media Centre offers a platform for listed companies and corporate partners to celebrate their key milestones and achievements. The Media Centre also provides a venue for creating compelling digital content with in-house video and audio production services. Anchoring the environment is the state-of-the-art CSE media wall, a large format, high definition LED screen. Paired with Canada’s highest office tower view, including direct sight of CN Tower and Lake Ontario, the CSE Media Centre is a one-of-a-kind setting for the CSE's clients and corporate partners.

Noted VP James Black, "We are thrilled to launch the CSE Media Centre and to offer a premier client experience and expand our digital content capabilities, two themes we are passionate about at the CSE. We look forward to celebrating our client's successes and sharing their engaging content across our digital channels in print, audio, and video formats."

To celebrate the inaugural market open in the CSE Media Centre, the CSE team had the honour of ringing the official opening bell to usher in the day's trading session. On-hand were Adam Conyers, Bernard Chua, Bonnie Lauer, David Timpany, Mark Faulkner, Radhika Ramkarran, Raquel Enes, Robert Cook, Robert Theriault, and Richard Carleton, who share the distinction of being with the CSE team since its inception in 2003.

CEO Richard Carleton added, "Since our recognition as a stock exchange in 2004, the CSE has grown to become home to over 530 listed securities, proving itself to be Canada's exchange for entrepreneurs, including establishing itself as the pre-eminent global listing venue for companies in the cannabis sector. The introduction of the CSE Media Centre is just the first of several new initiatives we are excited to unveil in the coming months."

For more details about the CSE's Media Centre, including video and content from market opens, visit https://thecse.com/en/trading/market-open 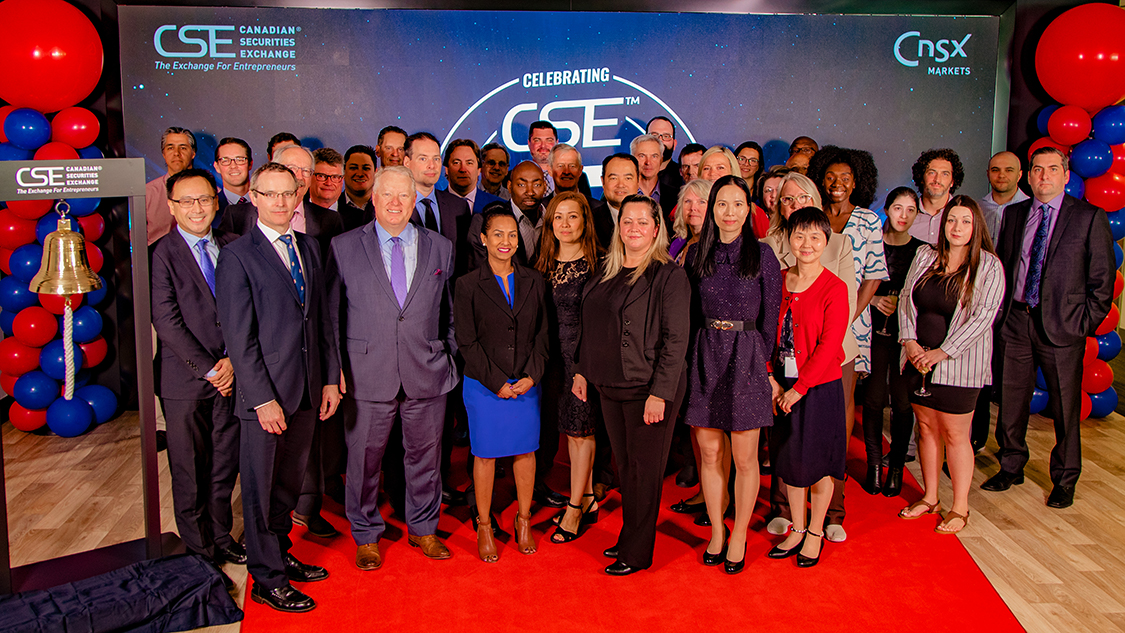